We're on a new adventure to expand our services to enhance your oral health!
Click to learn more Dr. Nader Burpee was born and raised with his four brothers in southern California. After graduating with an undergraduate degree in political science in 2007 from the University of Southern California, Riverside, Dr. Nader was commissioned an officer in the United States Marine Corps. He served as an Adjutant and Administrative Officer until 2012 and deployed to Afghanistan in support of military operations.
After completing his service, Dr. Nader decided to pursue a career in dentistry, attending a post baccalaureate pre-medical program with the University of Vermont in 2014. He graduated from dental school from the University of New England College of Dental Medicine in 2019 and was selected as the Academy of General Dentistry’s Student of the Year. In 2020, Dr. Nader completed a General Practice Residency at Carilion Roanoke Memorial Hospital and has been working in public health since then.
Dr. Nader is excited to continue serving Roanoke with Blue Ridge Dental Group and bring his experience to the Valley View location. His areas of expertise include restorative dentistry, oral surgery, prosthetics, endodontics, and pediatric dental care.
When not practicing dentistry, Dr. Nader enjoys competing in Ironman triathlons, spending time outdoors, and enjoying as much time as he can with his wife and three kids. You may also see him occasionally at local Down Syndrome awareness events throughout the Roanoke area. Dr. Chun was born and raised in Maryland. After graduating with a degree in neurobiology and physiology (and a minor in human development) from the University of Maryland, College Park, she went on to pursue her masters from Tufts University. Dr. Chun obtained her Masters in Biomedical Sciences and continued into dental school, graduating from Tufts University School of Dental Medicine. While there, she was actively involved in various student organizations and served on the executive board for the American Student Dental Association (ASDA), which resulted in her attending many leadership conferences. She is passionate about learning both inside and outside of the classroom. After dental school, Dr. Chun completed a General Practice Residency at Flushing Hospital Medical Center. Her residency training focused on treating medically complex patient populations, pediatrics and geriatrics. She is new to the Blue Ridge Mountains but is loving it more with each passing day.
Dr. Chun has experience in general dentistry, including crowns, bridges, root canal treatments, extractions, implant restorations, dentures, and pediatric treatment. She enjoys treating children and patients from many different backgrounds. She strives to get to know her patients and create a positive experience for them at their dental visits.
For fun she enjoys playing tennis, exploring new restaurants, and recently started teaching herself the Ukulele. 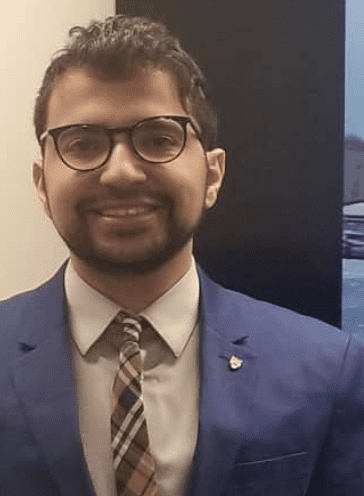 Dr. Abukar graduated with a certificate in periodontics and a masters in oral biology from the University of Pennsylvania in 2022. His training included treating periodontal disease, dental implant placement, crown lengthening surgery, gum grafting and more. Prior to earning his
certificate at Penn, he earned his dental degree and completed a residency in periodontics from his home country, Jordan.
Dr. Abukar enjoys all fields of periodontics. When away from dentistry, he enjoys Latin dancing, playing chess and learning new languages. He speaks English, Arabic, German and basic Spanish.